My name is Robert C. Jackson and I created this website to bring some of my artwork into your classrooms and homes. I get emails from many teachers and students asking about my work. I wanted to be able to let students interact with some of my paintings and thought this site was the best way to accomplish this goal. Each one of my paintings has a story or idea behind it. Come with me as we explore art in a new way as I share my painted stories. 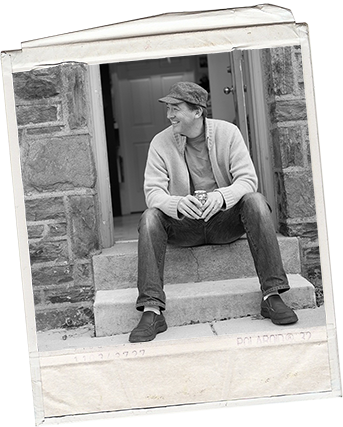 Robert C. Jackson was born in Kinston, NC in 1964. He loved to draw when he was growing up. When he went to college he decided to study electrical engineering. He took his first painting class his senior year of college and remembered how much he loved art. After graduating from the University of Delaware, Bob went to work as an engineer designing radio systems for Motorola. After five years at Motorola he decided he wanted to help people and became a minister. He worked as a minister for six years and realized that he could help people in a different way by becoming an artist.

Bob became a contemporary still life artist in 1996. Many art galleries around the United States display his artwork and he has been featured in many museum shows and collections including the Brandywine River Museum, New Britain Museum of American Art, and the Delaware Art Museum. In 2011, an art book by Professor Philip Eliasoph was released titled Robert C. Jackson: Paintings. Bob has recently been working on a book himself titled Behind the Easel where he interviewed 19 of his artist friends. He lives in Pennsylvania with his wife and three children.

The paintings of Robert C. Jackson are introduced by Philip Eliasoph in the artist's first book. Using paintings from artists as diverse as Andrew Wyeth and Jasper Johns, Eliasoph's extensive knowledge of American art, places Jackson's artwork into a historical context. This beautifully illustrated 9" x 12" 240 page book includes more than 130 images of the artist's paintings with details, photographs of the artist at work, sketchbook reproductions, and an interview with the artist himself. One really amazing thing about art is that whatever the medium, it may elicit an emotional response. The response can be laughter, thoughtfulness, sadness, compassion, anger or a variety of other emotions. There are many feelings portrayed in Robert C. Jackson's painted stories. The following activities will help you discover some of these varied responses and ideas you have about his art work.

Have fun completing these activities on your own or as a class project!